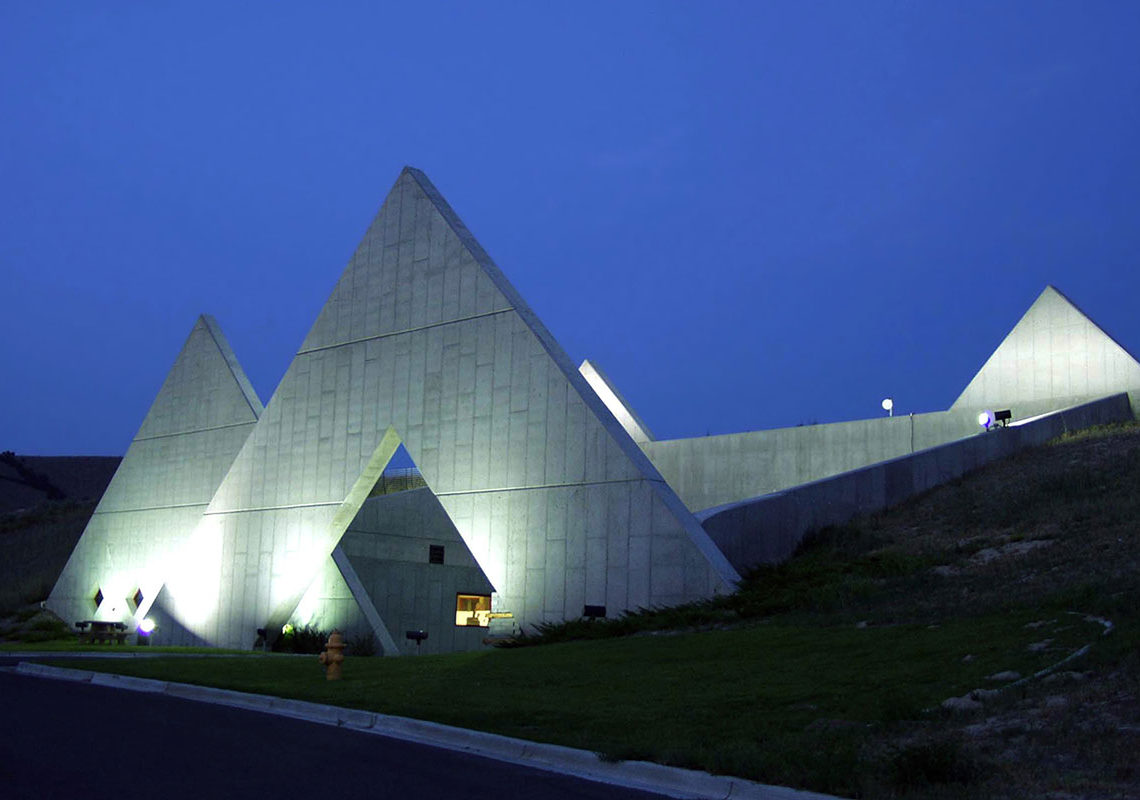 Due to a tight budget, the current design contains 6,960 square feet.  The estimated construction cost was $700,000.  JHS studied the original facility layout, produced a preliminary program, and held several meetings with user groups to resolve the building program for placement on a unique hillside.

The design takes advantage of the natural slope of the site to shelter the accelerator lab’s portion of the building.  Exposed parts of the building are accentuated to serve as a “signature” structure for the research park, symbolized by both the research mission of this park and the science nature of the partnership with ISU and INEEL.

Our addition included the original courtyard in-fill and an addition to the “white cell” accelerator bay.

The courtyard in-fill involved a main floor work and experiment area with a mezzanine for 6 additional offices.  At the same time, we accomplished the addition of a stair to the site above the existing complex. This area is populated with several pieces of mechanical equipment and from this time forward, maintenance staff will have easy access to the site and equipment as opposed to climbing the steep site at either end of the growing complex.

An exhaust system was added for the “white cell” allowing this space to be occupied safely after an acceleration experiment. The addition in front of the cell provides space for the operating engineers to set up controls and computers to activate and monitor the accelerator systems.  A three foot thick concrete rolling door separates the two spaces.