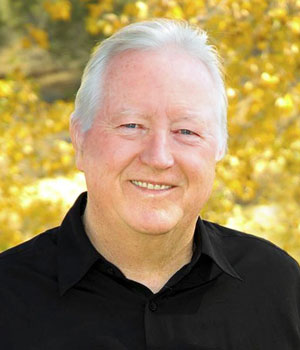 Mastery of a slide rule was followed with basic binary computer code in Paul’s introduction to higher education at Ricks College in Rexburg. There he found his capacity to visualize concepts and spaces in a Graphics Science class which led his professor to recommend architecture as a career. At ISU, Paul excelled in architecture classes and was exposed to computer programming at its infancy in the form of punch card input to a small room-sized computer. After graduation and a three and half year internship in Utah, Paul was licensed as an architect. He quickly gained Idaho licensing and opened his architectural Idaho firm in early 1976.

Paul has reinvested in technology continuously through the years. Starting with a used manual IBM typewriter and continuing down through the years adopting the miracles of technology we use today. He has seen a mind boggling parade of change. He has always been keen to stay in the lead. The energy crisis brought a sea change. In our area, Paul pioneered active solar followed by passive solar and earth sheltered architecture. This experience has continuously informed solutions to projects entrusted to the firm. Paul enjoys most designing for clients who have presented a challenge that cries for a creative solution.

Aviation has fascinated Paul since boyhood. He learned to fly while in college and used the skill to travel to projects and seminars. In 1990, Paul intensified an effort to make aviation a bigger part of his life. After gaining additional training and higher ratings, he was very fortunate to be selected to join the aviation industry as an airline pilot. For 15 years, he balanced both careers successfully. After accumulating 14,000 flight hours, Paul retired from flying. His passion is to travel to faraway places to explore our beautiful and interesting world. History informs the selection of each journey.

Paul met his wife of 51 years while attending school in Rexburg. Rosalie Kirkwood of Provo had moved to Rexburg to attend Ricks College. Over the years, they have raised four sons and a daughter who have all had a hand in contributing to the success of the firm. From in-office construction projects, running errands and blueprints, and photographing competed projects.

Consistently and continuously Paul has supported his profession and community. Service on Pocatello’s Planning and Zoning Board for 10 years, service and chairman of the Idaho Code Board for 8 years, service to the American Institute of Architects in various offices ending as Idaho State President of AIA over 8 years, and service with the National Council of Architectural Registration Boards (NCARB) for over 8 years contributing content for the ongoing tests to qualify our new architects candidates are all examples of a commitment to service.