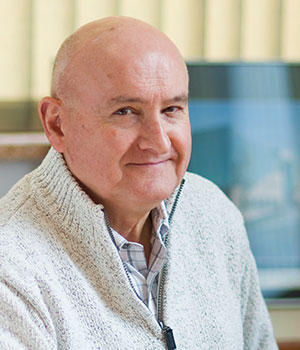 Born and raised in southeast Idaho, Randy has always enjoyed being outdoors. Fishing, hunting and just being in the outdoors have always been a priority when time was available. Early in life, Randy was introduced to the sport of trail riding on motorcycles by his father and has passed that passion down to his sons. Having a grandfather that was a finish carpenter and a father-in-law that was a builder increased Randy’s love for using power tools and building things. His best days are spent simply working on projects at home.

Mechanical drawing and art classes in high school piqued Randy’s interest in the field of architecture. Randy graduated from Idaho State University in May of 1977, with a Bachelor of Architecture degree and the Alpha Rho Chi award for best overall architectural student in his class. Immediately after graduating, he left his drafting job at the City of Pocatello Engineering Department and entered the architectural field at The Architect’s Studio in Pocatello.

Randy and his wife, Kathy, have been married 46 years and during that time raised five children. They now enjoy their many grandchildren who are spread from Southeast Idaho to Nevada along the I-15 corridor. Their grandchildren are truly the center of their lives. Much of Randy’s time is also dedicated to his religious duties. For over 30 years, Randy has been in positions of substantial responsibility in his church. Service in the church has been a highlight of his adult life.

Since 1981, when he became licensed to practice architecture in Utah, Randy has been a member of the American Institute of Architects. During the years since, Randy has served in leadership positions in the AIA in both Salt Lake City and Pocatello.