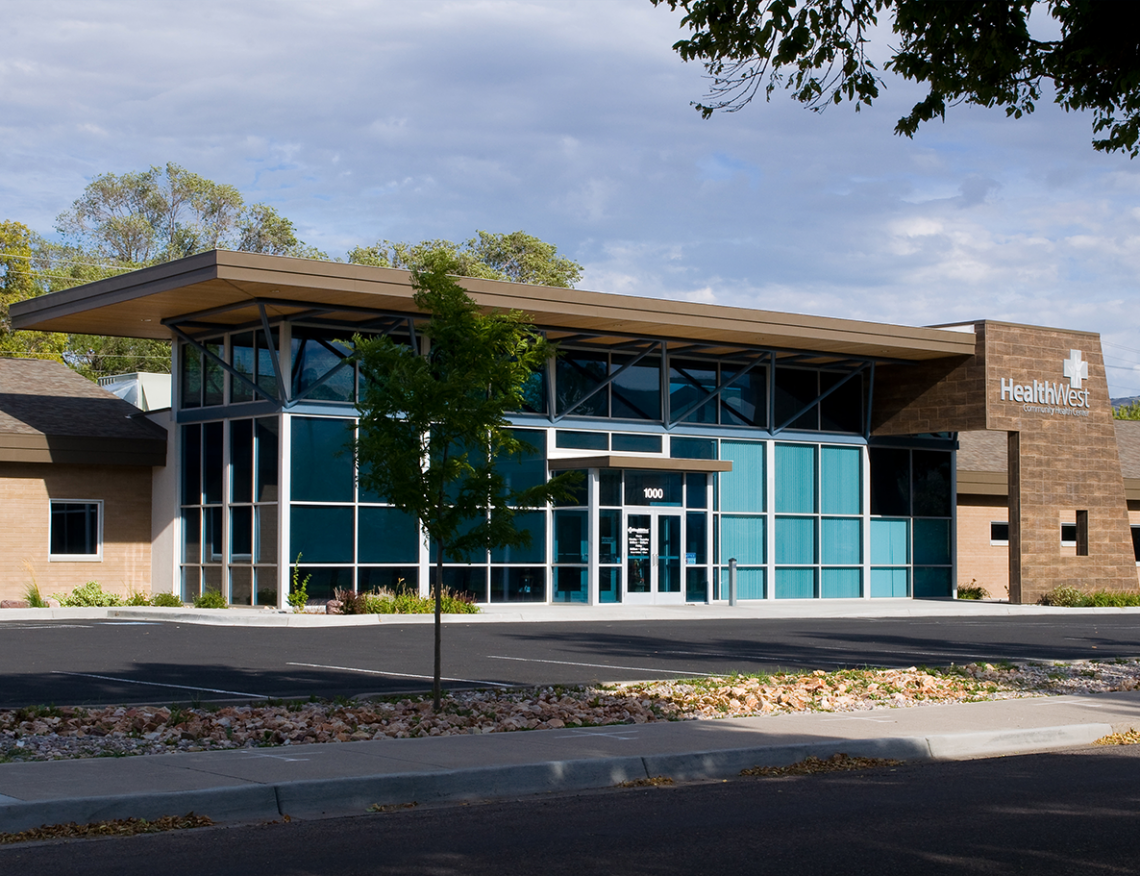 Health West purchased a parcel of land which had two separate storage garages. Their desire was to infill the space between buildings for offices and a central entrance and to remodel one existing building into clinical space. They set up a competition between the two short listed firms to create an image for the new Health West facility. In the end the more modern sculptural feature proposed by JHS won out over a more conservative traditional facade.

The sculptural entry feature accomplished several benefits, the greatest of which pulled the eye of every patient, visitor or passerby away from the eye sore which was the two original buildings and pointed them to the front door.

The original project utilized one of the existing buildings as storage with the thought that one day they would expand into that space. Toward the end of construction, JHS was also under contract to design a dental clinic in a mall across town but negotiations with the mall developers broke down and JHS was asked to remodel the south building of the new clinic. The entrance to the dental suite had to be completely remote from the dramatic main entrance, yet attention grabbing. Thus JHS proposed creating a scaled down version of the main entrance on the main facade as far away as possible.

Both facilities under one roof has been very successful for Health West.