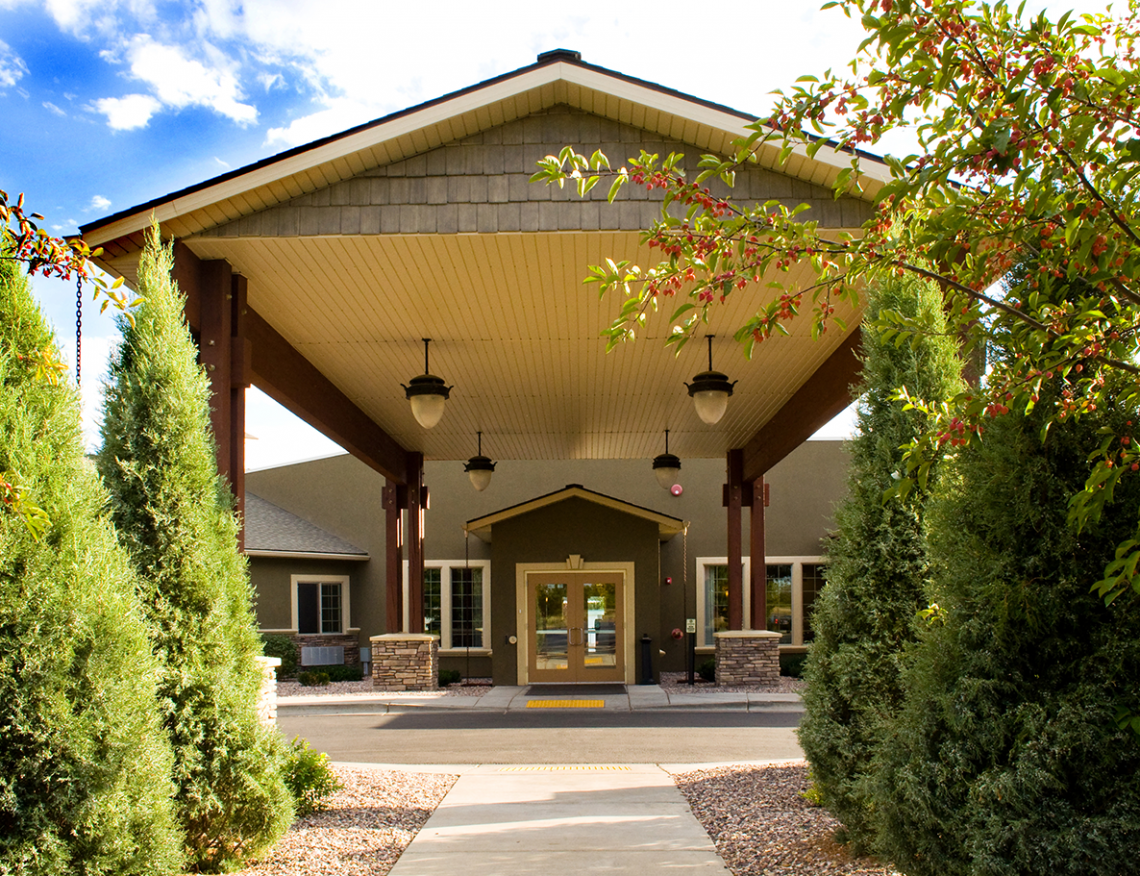 The Quinn Meadows Skilled Nursing Facility is a 40-Bed unit with a Physical Therapy component.

The design took on a rustic residential character, which is sited near the back of the property. The building layout was developed around a central Nurse Station (N.S.) so that one staff member could see the entire facility.  The residents are intended to have a maximum 30 day stay to predominantly recover from incapacitating injuries or surgeries.

There was the desire by the Owner to have each Resident feel like they are in their own home and not a clinical geriatric facility. The central N.S. allowed a Radial layout of the patient rooms with shorter corridors which are further broken into four room clusters, each with a sky lit clerestory and sitting areas to be used as an interior front porch.